If you’ve ever walked along a beach, peering and poking at the weird and wonderful things that wash up on the shore, you’ll find this new book by marine biologist Ceridwen Fraser fascinating.

A beautiful book that was born from the writer’s deep love for the ocean and the coastline, Beachcombing may be scientifically grounded but will be interesting for any average beachgoer who wants to know a little bit more about what they might find on their next stroll down the beach.

The book features snippets about the lifestyle of organisms that live on the coastal regions and also takes a good look at things that are frequently seen – bits of plastic and how it ends up on beaches and why we only find a single shoe. The book also looks at waves and tides, the connectivity of Southern Hemisphere coastlines, and the life cycles of marine plants and animals.

If you love the ocean and the beach, you’ll love this book. It’s filled with photos and interesting facts and is small enough to carry with you to the beach.

I picked up the book to merely browse through it but soon found myself turning pages to understand more about the intriguing objects and organisms you find on beaches.

The world held its breath in 2018 when the Wild Boars football team and their coach went missing. The team was stuck on a small bank in the belly of Tham Luang, a sidewinding labyrinth of caves positioned underneath the Doi Nang Non mountain range and was impenetrable to any rescue attempts until John Volanthen – a well-known British cave-diver – along with diving partner Rick discovered and rescued them.

Their inspiring story is retold in Volanthen’s book that recounts the account of the incredible rescue. In each chapter, the writer shares a life lesson that can be applied to everyday obstacles and challenges. The book, which is soon to be a feature film, is worth a read.

For half a century, Ron Hay has climbed in the Southern Alps. He loves the mountains. Not surprisingly, he and his wife Liz now live in Canterbury’s Castle Hill Village surrounded by the Torlesse and Craigieburn Ranges.

His favourite area is Mt Aspiring National Park. Hay has climbed Mt Cook, Mt Aspiring, and Mt Earnslaw to name three of his many summit conquests. But family trips are his special high-country joy.

There’s a deep spiritual theme running through the book, and frequently, the author uses quotes from various people – among them poet James K Baxter, US conservationist John Muir, and Henry David Thoreau – to accentuate the intangible aspect of the wilderness. The book is a celebration of mountains, their pristine character, and the sense of freedom and adventure in being there. The 170-page book is liberally illustrated with photos – some excellent, some somewhat ‘washed out’. Overall, it is an absorbing read.

Steve Holmes must be a wealth of auto knowledge as once again he delivers a well-researched look, this time focusing on Kiwi Falcons. Back in days gone by, a family-themed Aussie-made Ford Falcon alongside its GM nemesis Holden was one of the most commonly found vehicles on New Zealand roads. Before the arrival of Japanese and then Korean brands, both Falcon and Holden had a stranglehold on the local car market, thanks to their affordability and spaciousness.

Falcons have increased significantly in price during the last few years and now fetch eye-watering sums that some autophiles don’t quite understand. However, there’s a market of moneyed-up Kiwis who will happily part with a wad-full of cash to secure their dream Falcon, and Steve has found some of the best examples of this iconic Down Under brand.

Bird of the Year is back

Changes to fisheries rules for sustainability 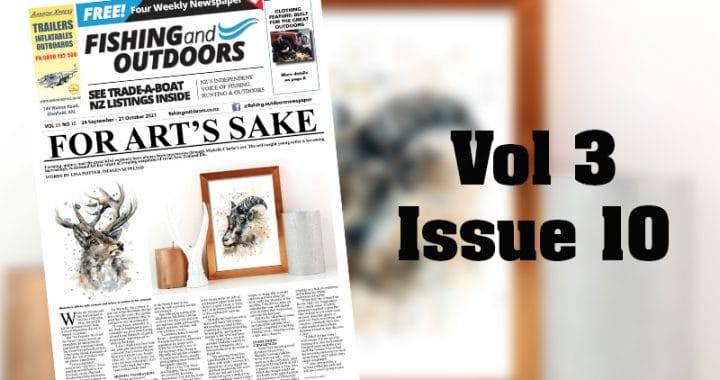